The powers of the Nokia 3310 is besht, we always knew that phone was INSANE. 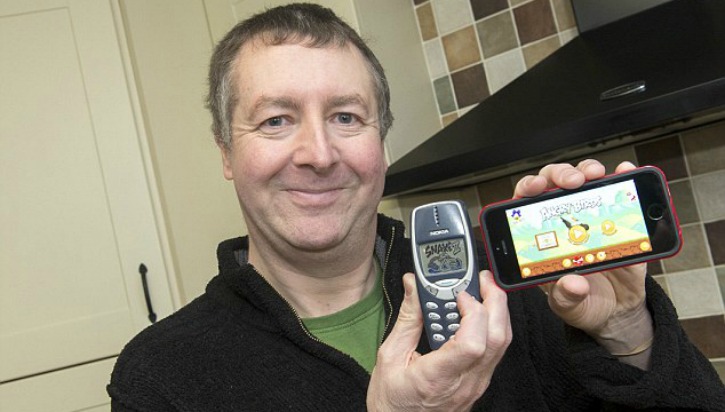 Not that you needed any more reason to believe its prowess, but this British man’s phone has been soldering on for a rock solid 17 years. THAT’s HARDCORE MAN. It survived Iraq and Aghanistan and came back pretty much without as little as even a freakin’ scratch. Dave Mitchell is retired now, and literally cannot “live” without his 3310.

It has seen the worst! A washing machine, food, Indian curry and even fallen from major heights. Dave doesn’t want ot shift to one of the new fangled iPhone or Android swank, he likes it ol’ school.

This is a legendary friendship to remember!

Did you know that this was one of Margot Robbie’s favorite movie scenes?

Ever eaten out of a toilet? This restaurant wants you to!

This video is the freakiest thing you will see on the internet today.

This auto driver’s kid gets to be a Beliber – FOR FREE!

1000 chicks were left outside in a field and this is what happened to them!

The world’s first instant color changing hair dye is here and you won’t believe the results!

Can you believe the world’s second richest man doesn’t use a cellphone?