Top Posts
Often Made Errors When Writing An Essay
Essay Services – Make Sure to Locate a...
Term Paper Writing Services – Why You Need...
Tips about how to Set Up A Vpn...
The Best Windows twelve Antivirus Protection With regards...
What Paper Should You Purchase for Next Semester?
Learn to Compose My Essay and Earn Money
Essay Help On The Web – Learn How...
3 Important Things To Consider When Buying Research...
Stepping out of Debt – What You Can...
Home Entertainment Bhangra Fever Is On At The NBA

Bhangra Fever Is On At The NBA

Punjabi music makes the world a better place. In fact there are so many takers of Punjabi music in the world that the genre has also found it’s way to the NBAs. No kidding! Don’t believe us? Check this out –

The Golden State Warriors played the Memphis Grizzlies and during the half time, this is what happened. 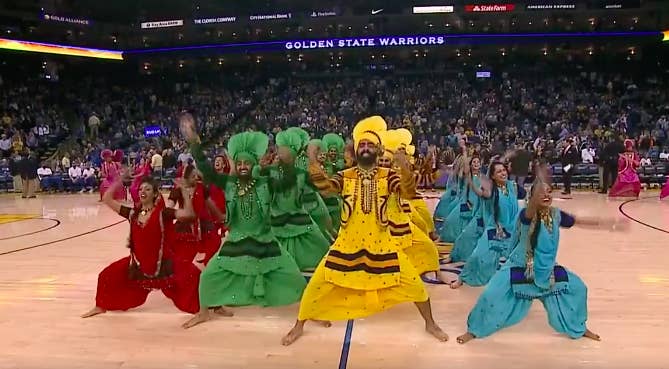 There was Bhangra, Ed Sheeran, Snoop Dogd, Dr. Dre and so much more.

Images have been sourced from Buzzfeed.

7 Most Weird Festival To Be Added In Your Wish List.

The Trailer For Justice League Is Out

If you want to know what women want, listen to her!

Funny Crush Trolls Shared By a College Girl; When She Tried To Win Over His Heart!

Is This Anti-Hangover Formula For Real?!

How low can you go?